I came across this article on Digital Rev, releasing the latest news on the rumoured Nikon D800, D400, D4 and D4X. For those who are not familiar with cameras and lenses, the line up aims to replace the following models:

An entire line-up of the Nikon DSLR range can be found here.

Written by one Raphael Chieza, this post discusses the tentative information leaked out with regards to the much anticipated launch of the replacement DSLRs for the old outgoing range. The D700 has been in the market for close to 3 years, if I’m not wrong – a time good enough for Nikon to churn out another FX camera suitable for everyday usage (rather than lugging a D3 around).

The specifications for all new cameras look good though – an impressive 16 megapixels with at least a shooting speed of 6 frames per second – this will allow sports photographers to exploit the capabilities fully while on the field, although I’m sure most of them will rely on the professional D3 series, capable of 9 to 11 frames.

Here’s a little information and specifications on the new camera:

There has been hypes on forums recently about the much anticipated release of these cameras – some were debating if the D700′s replacement will be termed as D700x or D800, or whether there will be a D700x or a D700s.

I agree with a point brought up by Raphael – there’s no need to wait for the launch of these new cameras, unless you’re going to utilise the HD video mode of the DSLRs respectively. There will be little improvements as compared to the previous models, probably including the insertion of the new Nikon exspeed-II sensor and better noise control (I heard all replacement models are able to achieve an ISO of up to ISO 102,400!)

Here’s a few rumoured shots of the cameras: 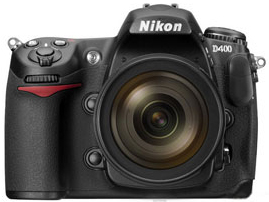 The rumoured Nikon D400 – looks the same as the current D300s series, probably just a change of sensor and boost in ISO capability. Photo | Denton Images

The rumoured D800 beside the current D700 – note the differences as circled out on the D700. Quite obvious photoshop efforts, I would say. 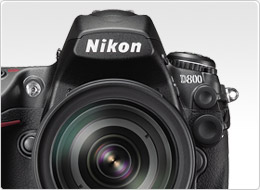 At the end of the day, as I’ve said again, I don’t see the need for a full-frame unless you shoot in extreme low-light conditions or require the fast FPS speed. I don’t think it’s worth the wait for the new line-up. It’ll probably be more of a want than a need.