In the Air, on Land and Sea 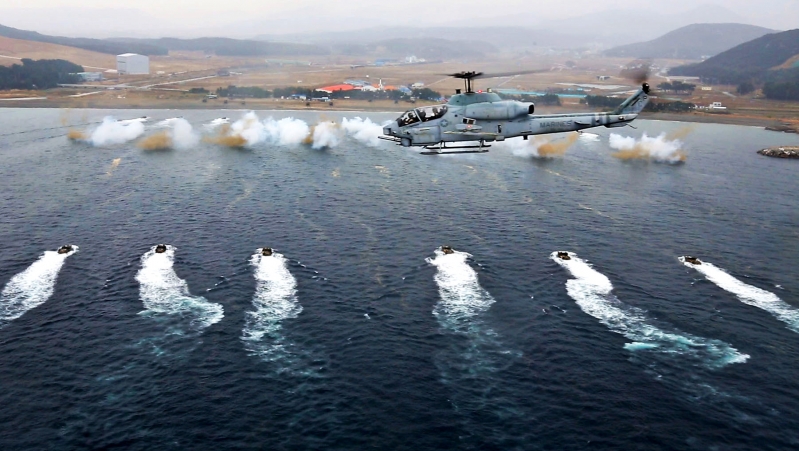 In the Air, on Land and Sea

Republic of Korea Marines with 7th Marine Regiment participate in a mock amphibious landing during exercise Ssang Yong 2014 March 29, 2014. Exercise Ssang Yong is conducted annually in the Republic of Korea (ROK) to enhance the interoperability of U.S. and ROK forces by performing a full spectrum of amphibious operations while showcasing sea-based power projection in the Pacific.

Designed by sketchbooks.co.kr / sketchbook5 board skin